Ok, time for me to be honest: among the many useful things that one might use Later for, "content marketing" is high on the list. But unlike platforms like Twitter, which I understand is a place where marketers masquerade as normal people to market social media marketing to other sock puppets (p.s. follow me on twitter, I'm @adambard), Reddit has its roots as a curated discussion board – a forum where the users are the moderators, and the moderators are extremely fickle.

There's a lot to discuss here, but the TL;DR is: Share content you're proud of with Redditors who will appreciate it. Twitter will happily put up with a firehose of your fiverr blog posts, reddit users will summarily downvote all your posts into oblivion and then the mods will ban you without thinking twice. I assure you that this is a feature of the platform, not a bug, and if you can surmount the barriers presented you will be rewarded with attention from the truely interested and engaged.

I am a long-time reddit user (8 years, to be exact). I arrived with the great migration from Digg, which by then I think was the third or fourth time that Reddit had suffered its annual complete ruination. I've been running Later for 4 of those years, and I've seen a lot of people try to use it, well, wrong.

The first thing you need to understand is that Reddit is huge and diverse site. Millions of users visit various corners of Reddit each day, representing just about any demographic you can think of. Among those people are people who might be interested in buying what you're selling, and perhaps even happy to hear about it. It's just a matter of finding those users without disturbing the hive, because, as I said, Redditors hate being marketed to.

This is especially important because of how Reddit works. The front pages are consumed by the general public, but on larger subreddits they're curated by the enthusiastic few who visit the /new/ page to get on top of the freshest posts. Any post can be scuppered by that one guy who downvotes your submission right away, hiding it from the view of others. And to make matters worse (for you, but much much better for reddit as a whole) these powerusers are probably the hardest to please of all. Make something that smells too self-serving and it will never see the light of day (unless you pay for votes, which is something I can't recommend doing).

Of course, that doesn't stop some brand or another from finding their way to the front page on a daily basis. You just have to put in the effort to come up with something likeable. If you're new to Reddit, here's a step-by-step guide to avoiding the pitchforks.

Any predator will tell you that the hunt begins with observation. Hide in the reeds and watch your prey – er, that is, try to find subreddits that fit your demographic.

Subreddit discovery can be hard. Be sure to check the sidebars for related subreddits, or use one of these handy tools:

After you find a subreddit you think might be appropriate, familiarize yourself with it. A quick way to do this is to head to the "top" tab and choose "all time", to see only the most popular posts and learn what the sub is about. 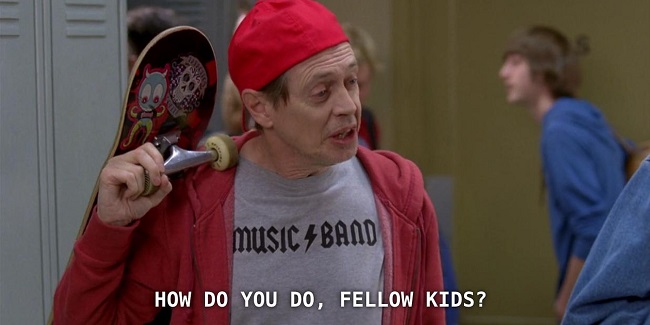 If this part is boring, then you are in the wrong place and should probably find somewhere that's a better fit. Don't try to be sneaky; if it's relevant or if it comes up, mention your association. If you don't have the expertise or familiarity with the subject to participate competently, work on that until you do!

Reddiquette suggests that you make 9 other posts for every self-promoting one. You don't have to go that high, but it's not a bad idea to, you know, participate organically. Share some funny pictures or relevant stories or something.

Step 3: Give something back

Don't just flop your link out there like an unsolicited dick pic. Find a way to share something with your users in a way that creates value for them without being jarringly self-promotional. If you can't think of a way that your post provides someone with real value, save it for Instagram.

For a sterling example of a major corporation interating positively with a subreddit, take a look at top all-time post on /r/snackexchange. I personally bought a bag of crispy M&M's after that. What can you learn from this?

(If you're posting on your own, be sure of course to share it at the right time)

On the other hand, for some fun examples of what not to do, check out /r/hailcorporate. That said, I'm sure there's a way to appeal to Redditors by being ironically unaware, since Redditors love irony more than they hate corporations. Let me know if you figure that out.

In closing, the best way to market on Reddit is to hang out on Reddit until you become a Redditor. See you there!