First, Go to reddit.com in your browser and make sure you’re signed in to Reddit with the user that you want to post as. This user will become your main way of signing in to Later for Reddit.

Next, head to laterforreddit.com and click the “Log In” link at the top right (or, just click here). This will redirect you to reddit’s sign-in confirmation page.

Ok, you can go ahead and click that button now. 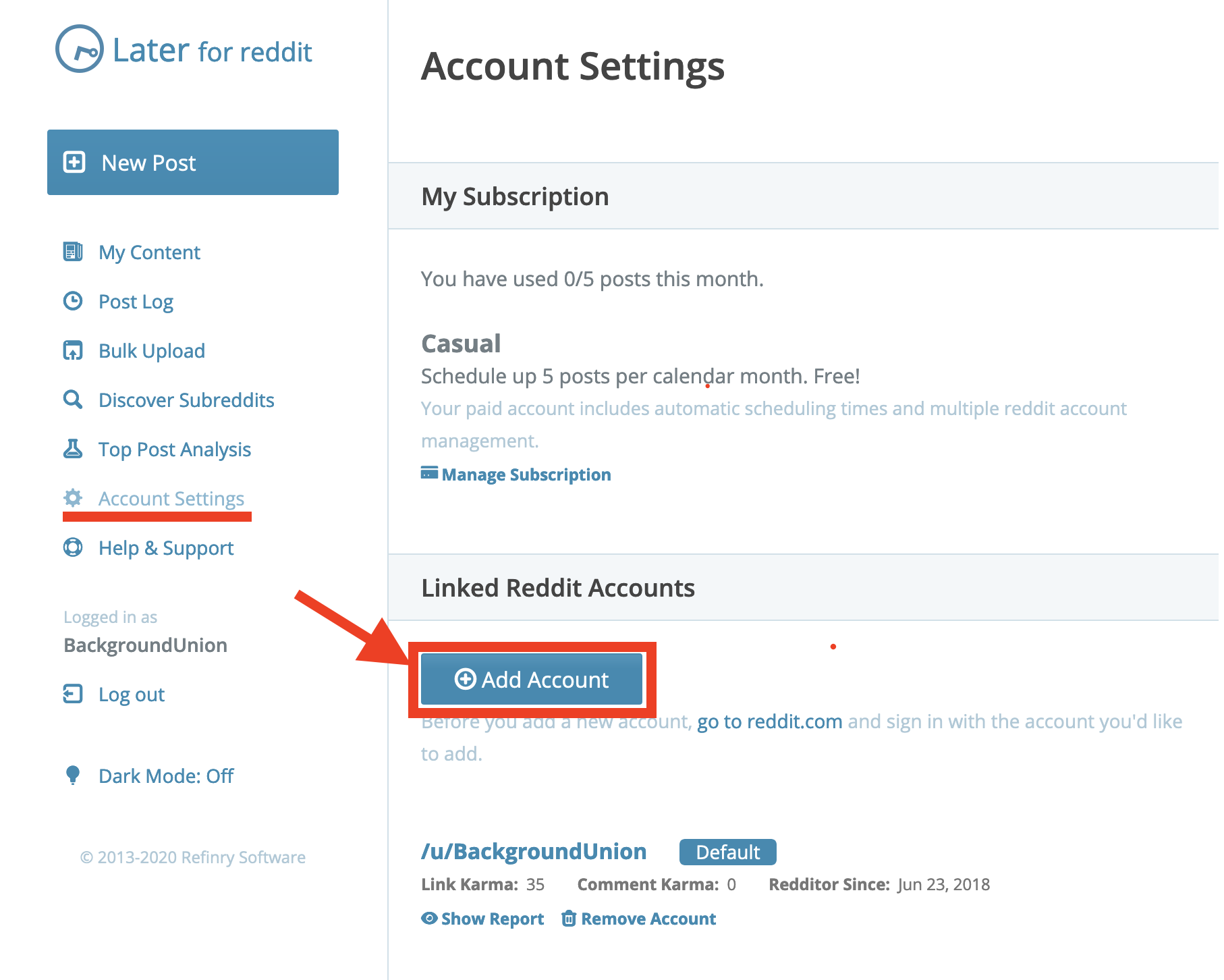 After clicking the button, you should be presented with Reddit’s confirmation page: 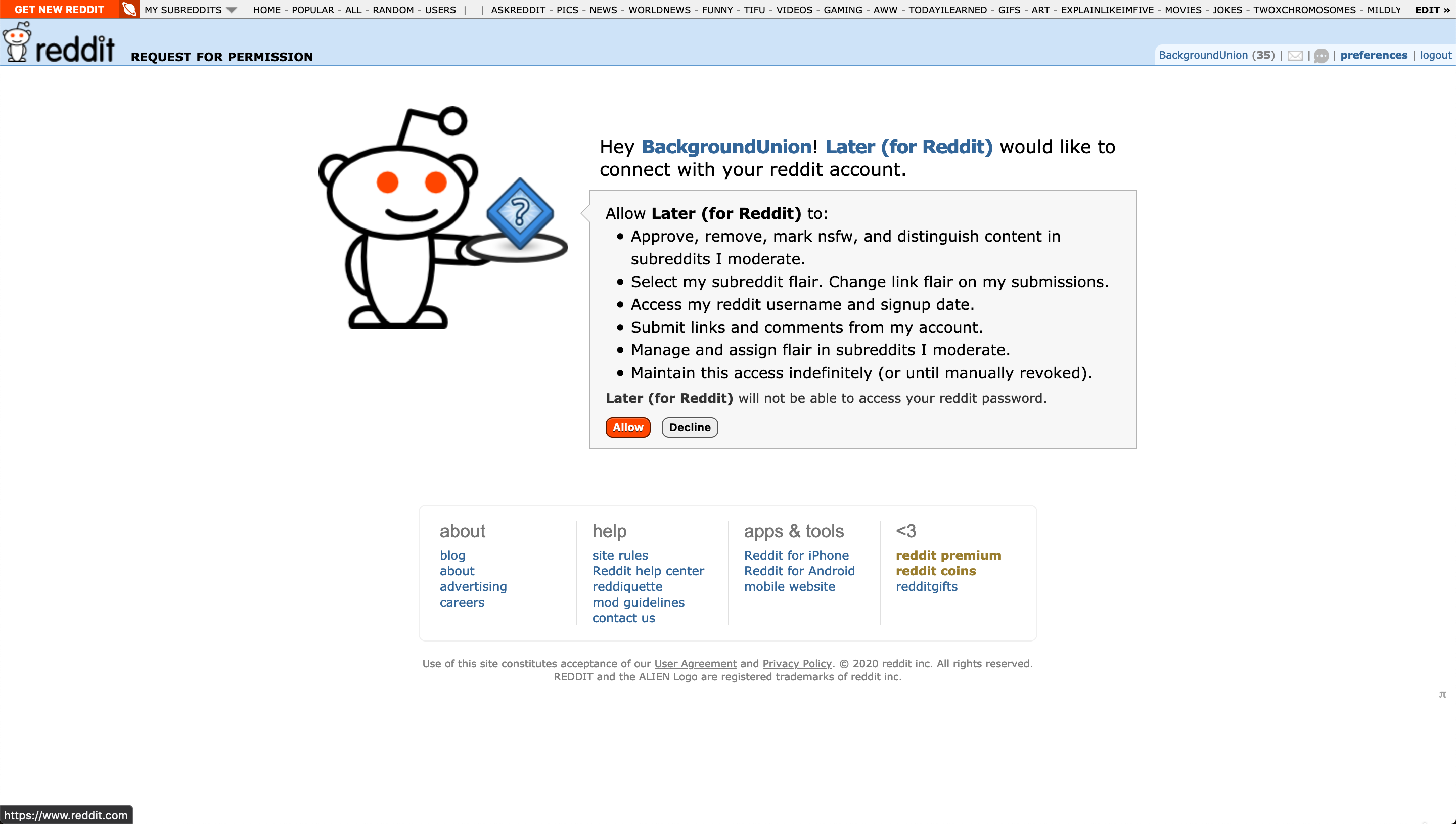 You may have noticed some links under each account. Here’s what each of those do:

This will tell you a little bit about your Reddit account’s standing, and suggest some things you could do to raise your chances of automatic posts going through.